Plastics in the Marine Environment

This report explains the information sources and analysis underlying Eunomia’s marine plastics infographic, Where do they come from? Where do they go?

The infographic brings together some of the key findings from its recent research on this subject and includes a new estimate of annual global emissions of primary microplastics. These sources are explained in the report.

Over 80% of the annual input comes from land-based sources. The main contributor is larger plastic litter, including everyday items such as drinks bottles and other types of plastic packaging, but the importance of primary microplastic emissions is increasingly understood. The remainder comes from plastics released at sea, the majority as a result of fishing activities – for example, due to lost and discarded fishing gear.

94% of the plastic that enters the ocean ends up on the sea floor. There is now on average an estimated 70kg of plastic in each square kilometre of sea bed.

Despite the high profile of projects intended to clean up plastics floating in mid-ocean, relatively little actually ends up there. Barely 1% of marine plastics are found floating at or near the ocean surface, with an average global concentration of less than 1kg/km2. This concentration increases at certain mid-ocean locations, with the highest concentration recorded in the North Pacific Gyre at 18kg/km2.

By contrast, the amount estimated to be on beaches globally is five times greater, and importantly, the concentration is much higher, at 2,000kg/km2. While some may have been dropped directly, and other plastics may have been washed up, what is clear is that there is a ‘flux’ of litter between beaches and the sea. By removing beach litter, we are therefore cleaning the oceans. 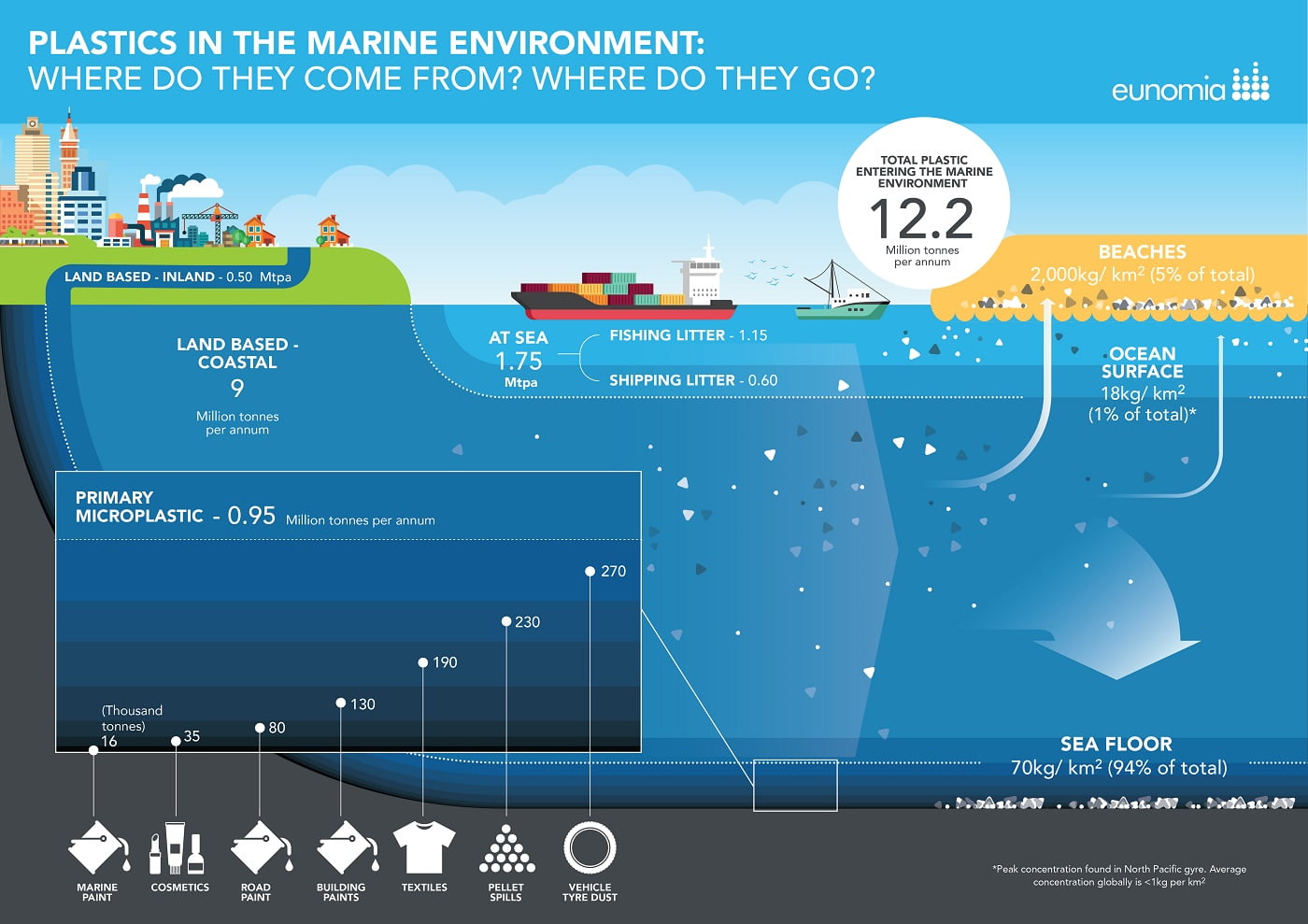 This report is available free of charge. Press the orange button and supply a few details about yourself in order to access the download.

Please enter your details before continuing to your download so we can let you know when relevant publications and news are announced.
×

Please enter your details to receive our email newsletter.
×